Pursuing excellence has always been an integral part of the Airspeed Group of Companies’ DNA.

With this, several award-giving bodies recognized the Airspeed Group spearhead by its founder, Rosemarie P. Rafael, and her executive management team for their exemplary leadership in the Asean Awards and Asia CEO Awards 2022.

The Asia CEO Awards is an event that honors and acknowledges exemplary companies, businesses and entrepreneurs who made an impact and great contribution to the country.

Airspeed has also been the organization’s supporter since 2019, believing in the same mission of making Philippines a first-world country.

She was recognized as one of the outstanding women entrepreneurs because of her business achievements and extraordinary drive to bring Airspeed Group as one of the country’s biggest corporate logistics company and her unwavering commitment to make it happen for stakeholders. Her leadership qualities have been evident when she became the current President of the Women’s Business Council of the Philippines, an organization joined by the country’s top women business leaders and entrepreneurs, serving as a platform for Filipina entrepreneurs to discuss and address issues on their businesses, aiming to inspire and empower women.

The award was received by the Women’s Business Council Philippines’ Chairwoman Mylene Abiva on her behalf. Romeo Braceros Jr. 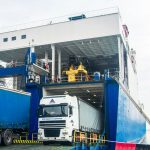 Airspeed Strengthens Its RoRo Service for 2023

Airspeed Makes It Happen for your Health and Safety 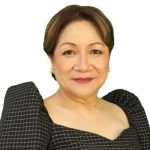